THE ROYAL ROAD TO FREEDOM

When last we met, just a few weeks ago, I was bemoaning the omnipresence of technology in this modern world–how it creates such a wad of hyperactive stupor (now there’s an oxymoron!) in my personal brain. I cannot say that I’ve succeeded in resolving that problem in any measurable way this month, but I have definitely benefitted by some of that technology during that time. Can we say **ROYALS BASEBALL**? Yes, we can and yes, we do! Living over here in Kentucky, coverage of Royals baseball, which is the only sportishness I truly care about, does not happen often, basically just when a game of theirs makes a national broadcast. And that has not happened much in the last 29 years, let me tell you. Now, thanks to technology I’ve been able to watch my one and only favorite team play their hearts out all the way to the World Series. JOY, JOY, JOY! And I have enjoyed being goofy about it all on Facebook with old KC friends and family and others here in Kentucky that have come to admire this team throughout the play-offs. Whoop! Whoop!

On to other topics! My word for the this year is FREE, which at first glance, seems a very nice word to focus on for a year. Who wouldn’t want to be free? Well, I had a little conversation with God maybe two months ago about what He was wanting me to do with this word, since I hadn’t exactly noticed any great gains in personal freedom yet. That very week, I received an email from the Kentucky State Poetry Society president, a very nice lady that I have never met, asking if I would consider reading my poem that won first place in the National Federation of State Poetry Societies contest at the state conference at the end of October. WHAT? AAAACK! I cringe at the thought of getting up in front of people to do or say anything, much less read a poem of my own in front of a whole room full of other poets. I told her I wasn’t comfortable with that. I had only attended one conference, when it was held thirty minutes away from my house and I had had to read one of my poems there that had won an award in the state contest and it ruined the whole awards banquet for me. I wouldn’t have gone if I had known getting up and reading would be a part of it. I thought the winners’ names were simply read off and everybody clapped and that was the end of it. Because of that I have not even considered attending any other conferences. Besides I get lost going around the block so I don’t drive myself all over the state to attend any type of anything.

Unfortunately this year the conference is being held less than an hour away, straight up the interstate from Corbin. So that excuse was shot. But then I realized I would have to find the correct building after I found the college campus and that the awards banquet would be over sometime around 9:00, meaning I would have to drive on the interstate in the dark! This is another thing I don’t like to do. I don’t like the interstate in broad daylight, much less when I can’t see all that well with all those headlights and taillights making things look weird. So I told her I thought I should stay home. She asked if she could read my poem in my place. Well, sure, that would be great! But then she said she would rather that I come and meet her and the other poets, attend the workshops, and she would not even mention my poem at the banquet if that would work for me. I’ve been in a quandary ever since and I have to decide right away what I should do. I recognized right off the bat that God was testing me on this FREE thing. But does He want me to be free from this fear of public display? Free of driving myself to an unknown location and then driving on the interstate in the dark? Or maybe He wants to free me from doing things I don’t want to do in order to please someone else? I could just go up for the workshops, hand my poem to the president for her to read at the banquet and leave early before dark descends. That was what I had decided to do until the last couple of days when I started feeling like a royal wimp.

If any of you has a revelation from God or just your own opinion on this I would appreciate you sharing that with me. I’m starting to feel a bit sick about it.

Then a couple of weeks ago I was asked to lead the next Sunday School lesson on the gift of Administration. Great. I had been trying to decide whether that was my primary motivational spiritual gift or if it was mercy, so I figured God was trying to help me figure it out. And He did. As I was leading the class and talking about how I’ve always been this organized, list making, inflexible maniac, a few of the ladies who had been to the early church service said, “Debbie, the sermon today is all about you.” Yup, it was. Basically it was about the key to living a peaceful life: letting go of personal agendas and letting God call the shots each day. So that helped me to realize that I must be a merciful control freak, which causes some friction in my personal soul. In order to be FREE to show mercy to others I must intentionally lay aside my own scheduled agendas and be flexible.
Big lifelong learning curve for me on that one!

To continue His answer of my one little innocent prayer two months ago, an incident occurred this week with a dear friend of mine that gave me the opportunity to practice this flexible gift of mercy. But in the process I was slammed with a big ball of crud that I thought I had released to the Lord. It concerns forgiving someone who was the source of tremendous pain for my friend for many years in the past that continues to affect her life in the present. I realized through this situation the other day that the forgiveness on my part is not complete. This particular person is the only one I’ve ever felt this kind of anger and bitterness toward in my life. I thought I had done what I needed to do to let it go, but evidently the Lord needs to do some more work on me before I will be truly FREE from this nasty burden.

Whew! The adage “freedom is not free” applies to more than just the freedom we enjoy in this country. Personal freedom takes a lot of work and perseverance as well. But mostly it just takes Jesus. As I was contemplating all these issues and my need to find a freeing resolution, the words of an old hymn, “The Solid Rock” came to me. Listen to it [**HERE.**](http://youtu.be/JZewoGpd-L0)

To end this on a lighter note, freedom from goofiness will never be a part of my life, so don’t even think about it: 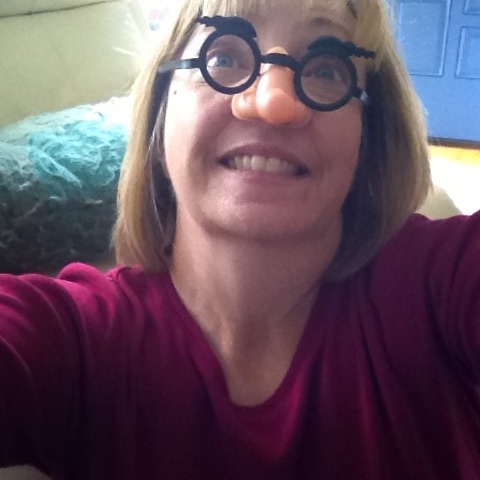 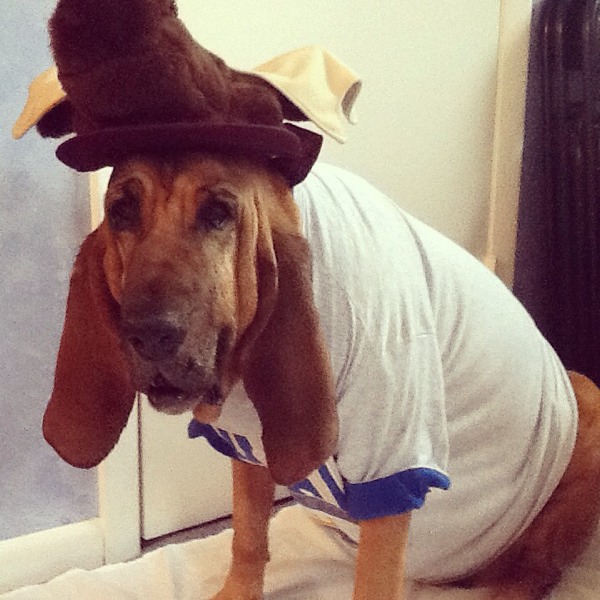