Woohooie! I nearly forgot I have an end of the month deadline to meet here in November. That’s because I’m already living in December with a whole slew of deadlines to meet, at least in my head. Why does everything have to happen at the same time? I have a feeling my personal “December everything” is God’s way of testing me on what I’m supposed to be learning in Sunday School as we go through Max Lucado’s new book, Anxious for Nothing. Why do I have this feeling? Because I’m starting to get ANXIOUS about EVERYTHING!!

Some of you may remember that my husband and I have been transforming the middle daughter’s bedroom into a library/guest room. We started this in July with painting and shiplapping the walls and replacing carpet with hardwood. Then Bret had to return to his real job as a professor, so the buying of bookshelves and a chest for the Book Nook (formerly the closet the daughter had turned into a celebrity-photo-covered meditation area) took a back seat to other priorities. Since my books had been stored in twenty or so boxes since we recarpeted our bedroom in February, I was foaming at the mouth to get those shelves and place my books ever so lovingly upon them in alphabetical-order-according to-author’s-last-name. Unfortunately, foaming at the mouth did not speed the process of finding bookcases that would fit the space and look nice with the floor and walls, while not costing more than the mostly paperbacks that would be sitting on them. Oh, the angst that ensued as we searched the internet! At the same time we were looking for a chest that would fit in the nook with an upholstered top for someone (moi mostly) to sit on while reading.

Here’s a sneak peek at what will someday be completed: 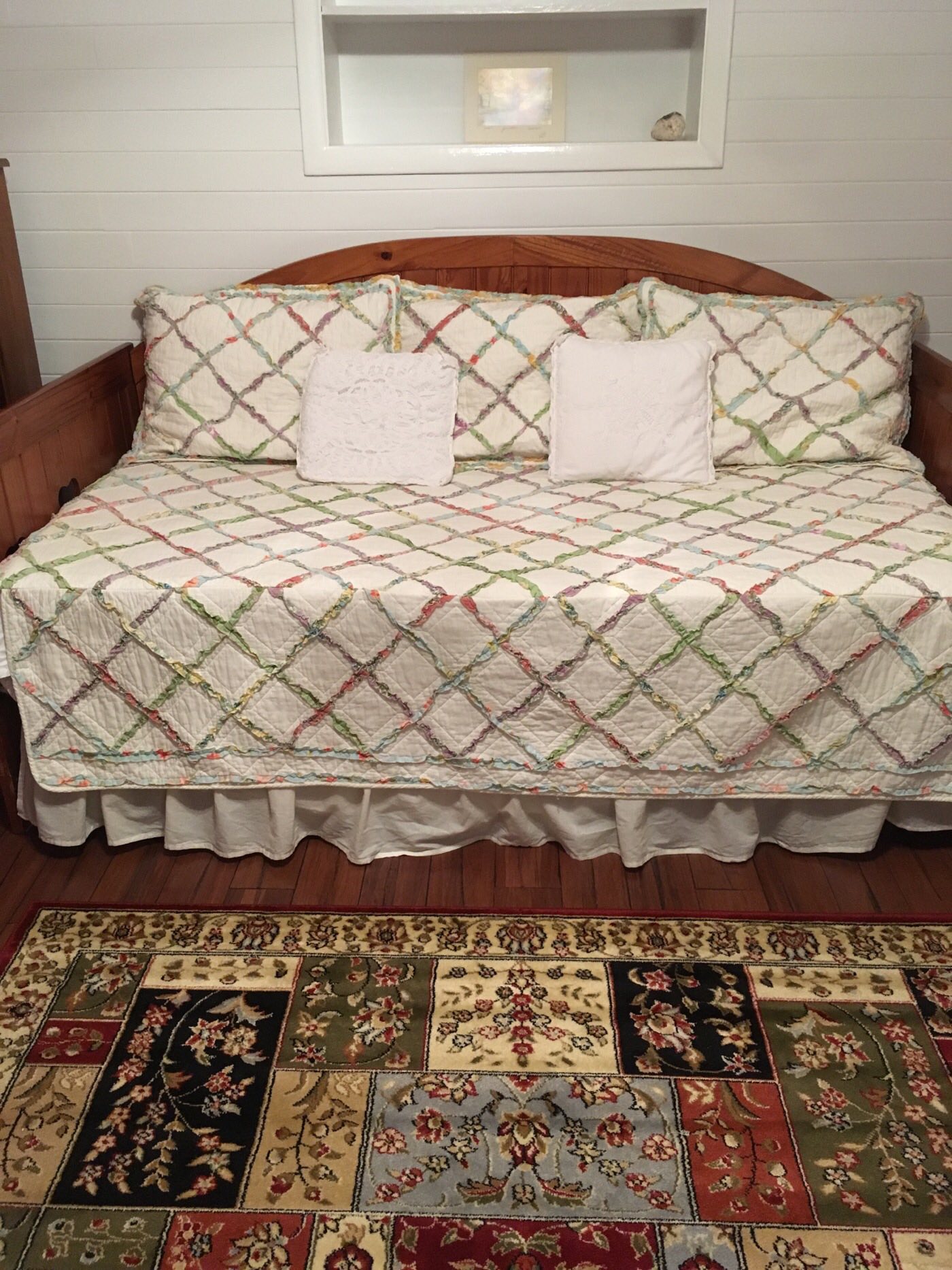 Book Nook in the making 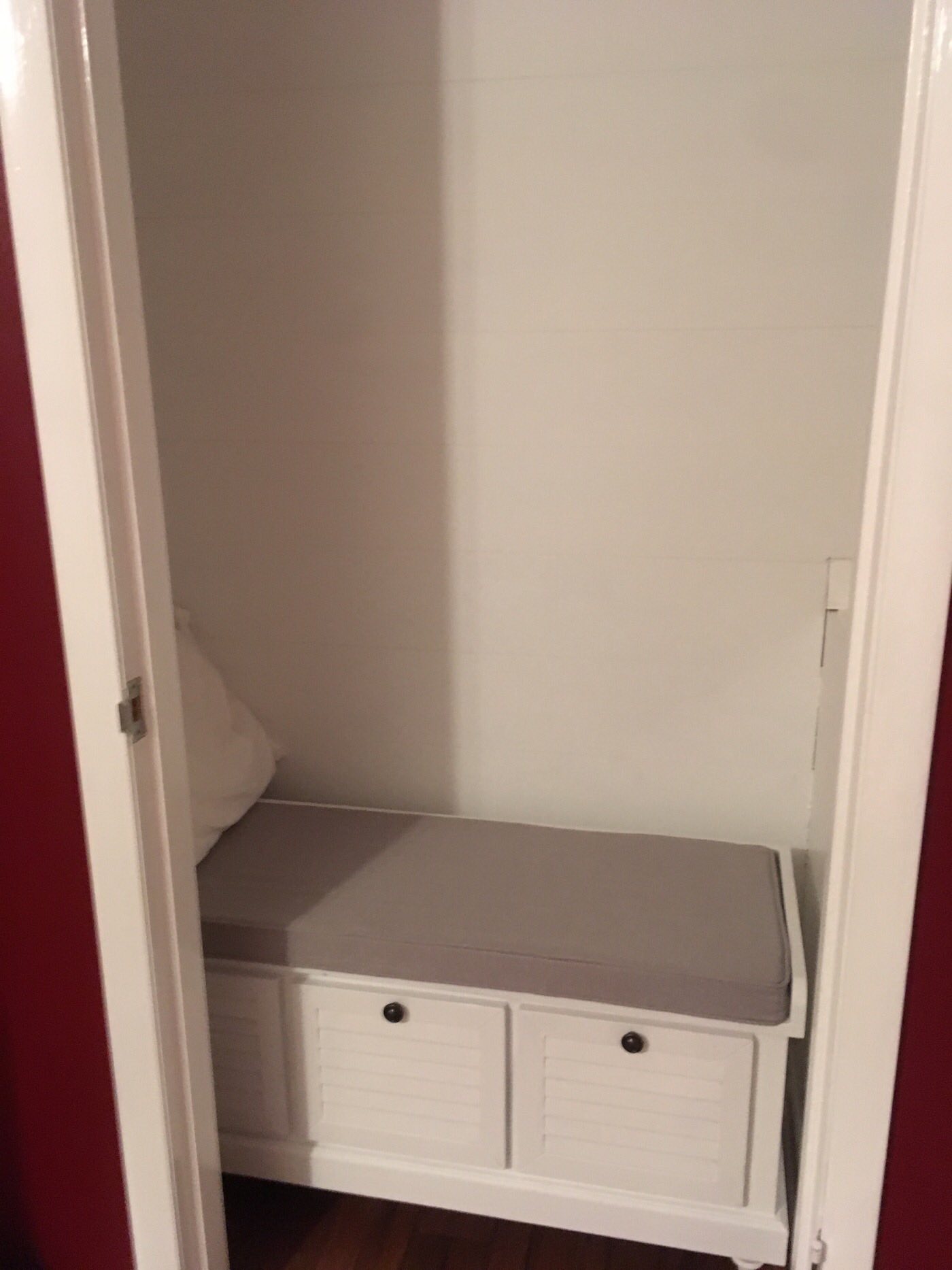 My grandmother’s sewing machine that will be my writing desk 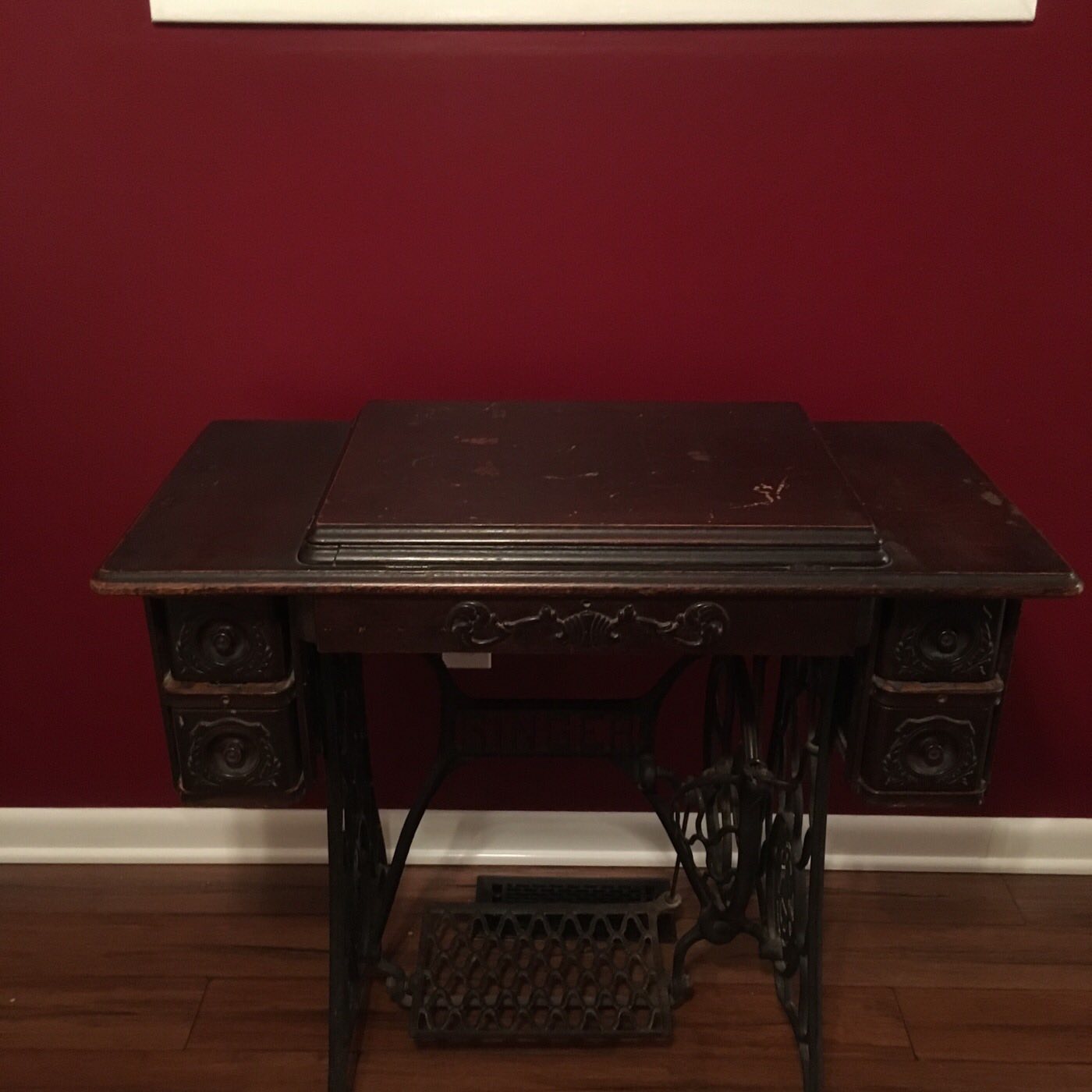 Also sometime during the summer, our picture window was cracked by a rock flying off a neighbor’s weed eater, so I, being the thorough sort who had hated our windows for many years, began the process of talking my husband into replacing all of our 35-year-old windows instead of just the cracked one. This took way too long; so long, in fact that we ended up ordering the windows just a couple of weeks before ordering the bookcases, right at the end of October/first of November. Because of Thanksgiving, I suppose, the windows that normally take three weeks to make were going to take five weeks, which brings us to December first, when the installer would call us and arrange a time to come do his part. Does this sound like a good time to replace windows to anyone? Me neither, but that’s what’s going down sometime soon.

In the meantime, the bookcases were on order, but I could not get the tracking to work, so I called the company and was informed that it would be the week of November 27th before they might arrive because they were coming from California on a truck and it would take a while. I’ve seen how fast big trucks travel along interstates. I think I could drive one of those from California to Kentucky in less than four weeks! Evidently in order to ensure that the bookcases are not damaged, the truck has to go slowly. I called about them again today and was told that the truck would not be arriving in our area until December first, and then the bookcases would have to be inspected to make sure they were not damaged. That would take three to five more days! We now have a possible time of delivery of Wednesday or Thursday of next week.

Guess what else is happening next Thursday? The onslaught of three daughters, a son-in-law, three grandchildren and a dog arriving on our doorstep for a long weekend of family hilarity of birthday partying for three-year-old Poppy and taking photos for our Christmas letter. I have no place to put the grandchildren to sleep until I move the boxes of books out of the alcove in our bedroom where they make their sweet little beds when they come to visit. This annoys me to no end. My bookcases should have been here Monday so I could have put the books on the shelves where they belong!

I’m also waiting joyously on tenterhooks for the phone call from the window installer who I’m sure will want to get started next week. I can put him off to the next week, but guess what I’ll be doing then? Having a colonoscopy that I scheduled back in October before I knew the whole world would want to come to my house right at that time! If the bookcases are delayed into that week, I could have a wondrous time pooping my innards out while men come and go dragging big boxes around, as cold winter winds whistle through gaping holes in the walls. Is this part of the MORE the Lord has for me this year? At the beginning of the year MORE was Less, but now it looks as if MORE is MORE!

And none of that even includes the regular Christmas business of shopping, wrapping, mailing out letters, baking and delivering goodies, and traveling to Arkansas for a few days with Bret’s parents. My head may explode, but guess what? If it explodes I will definitely be anxious for nothing, so I’d better count my blessings, as my dear husband so often tells me right at the moment of ignition, or I will miss Christmas all together and that ain’t happening anymore! Praise Jesus for new windows and bookshelves, cleansing the innards and family times! Especially family times!

If you don’t hear from me next month. . . assume I’m still in one piece, and enjoying the holiday as it should be enjoyed—anxiety free! Have a Joyous Christmas! 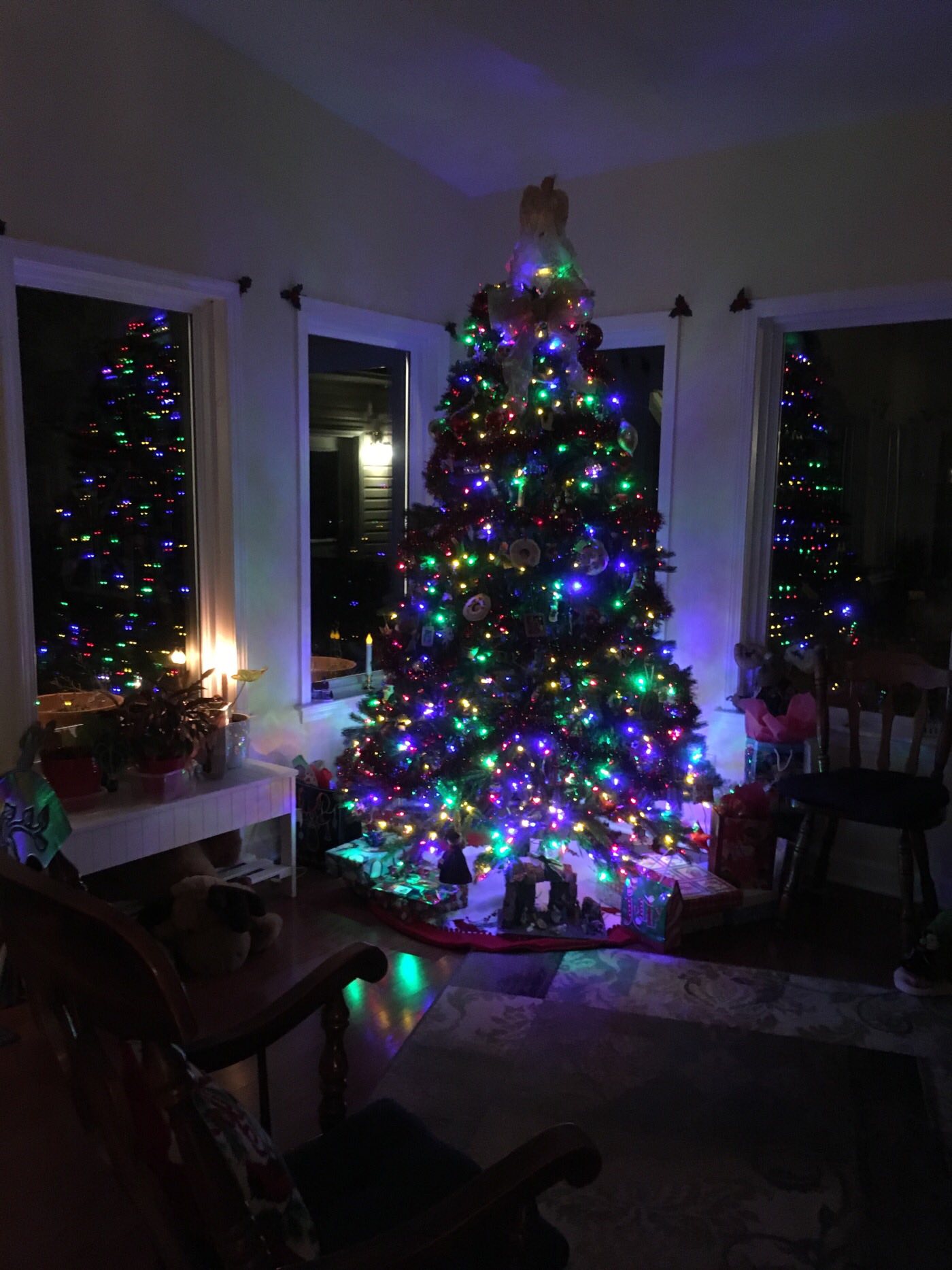