To Be or not To Be

To Be or not to Be. That is the question I strive to answer in 2018. When last I left you, I was anticipating (wondering, fantasizing, attempting to foretell the future, rather than Being in the present) the onslaught of the arrival of bookcases for the new bedroom-to-library makeover, the installation of new windows, and the prep for a colonoscopy possibly coming all on the same day. (No, they did not all happen on the same day, thanks to the Lord who anticipates my anticipations and teaches me in His subtle way, after the fact, that I should take a chill pill every morning before I get out of bed to dilute the anticipations that tend to throttle my life.)

This type of forward thinking, unfortunately, is what I do best. I project myself into the next hour, the next day, the next week, month, season, year and on into eternity, whilst (as the British, whom I enjoy so much, would say) I live my current in-the-moment life on some kind of pre-programmed automatic setting. I have always been this way, from at least teenage days, if not earlier, and when motherhood hit, I smacked the warp speed button and never looked back. I’ve accomplished a lot living this way, planning ahead so that when that ahead time comes I am fully prepared and already basically finished with whatever I’m doing, and on to the next item on my to-do list. It’s a productive way to live, but it’s not all that enjoyable. I miss out on some of the joy or angst or whatever emotion accompanies my present activity, because I’m not totally there in my head.

I’ve known this for a long time now, but I’ve still not managed to break the cycle completely. I realize this planner mentality is part of who I am, but I also know our strengths often morph into our weaknesses when we allow them to run amok with few checks or balances. That’s why Be and Present have been on my short list of possible words for the year since I began this journey, back in 2012, of choosing (or rather, letting God choose) a one word for the year rather than formulating a list of New Year’s resolutions. Soon after writing the aforementioned November Doodle, I began seeing a number of devotionals and articles about being present in the moment. The one that clinched it for me was one by Lois Tverberg written on Ann Voskamp’s blog here.

In her blog post, Lois Tverberg talks about taking a class in Israel with some other Americans, most of them college students. While Lois wandered around in the afternoons enjoying the sights and sounds of the ancient homeland of Jesus and the disciples, the college students gathered in the lobby of the retreat center where there was a wireless connection for their devices. They were in the same location as Lois, a place full of cool history, but they weren’t really there. Lois goes on to quote Exodus 24:12a, “The Lord said to Moses, ‘Come up to me on the mountain and stay here. . .” (NIV). In some versions of the Bible, such as the King James and the American Standard, “stay” is translated literally from the Hebrew as ”be.” Lois goes on to mention that one Rabbi explained that God wanted Moses to BE fully present with Him on the mountain. This was Moses’ second time up to receive the commandments. The first time he had returned to the Israelite camp to find everyone dancing around worshipping a golden calf. God did not want Moses’ head to be thinking about that and wondering whether he would find the same mess when he left the mountain the second time around. While he was right there in the present presence of God Himself, Moses needed to BE with God, not just have his body hanging out with him while his brain was stewing over what had happened the last time he was on the mountain.

That was it for me! BE was my word for 2018 and Exodus 24:12a was my scripture verse! Then I started pondering. That verse covers thinking about the past while I’m in the present, but what about thinking about the future while I’m in the present? I have more trouble with that than fretting over the past. Thankfully, I knew just the verse to go to, one of my favorites that I’ve mentioned several times in my Doodles. “Martha, Martha,” the Lord answered, “you are worried and upset about many things, but only one thing is needed. Mary has chosen what is BEtter, and it will not be taken away from her.” (Luke 10:41-42 emphasis mine). You see, Martha was a planner. She was bustling about preparing for the meal to feed Jesus and the disciples after Jesus finished speaking to them. She was physically in the presence of Jesus as He was sharing who knows what kind of marvelous conversation and teaching, but in her head she was in the future, making sure He and the disciples would have plenty to eat for supper. And she was annoyed that her sister Mary was not helping one bit! I understand Martha so well. I would have done the same thing. The only trouble is the Lord said Mary had chosen what is better—listening and visiting with Jesus—and that it would not be taken away from her. Martha was trying to do what she felt needed to be done in order to make Jesus and the disciples comfortable, but while she was doing all that bustling about, she was missing out on true communion with Jesus, which is always better than whatever else we think we should be doing. Sadly, Martha’s bustling and meal preparation would be over with the meal. The time Mary spent with Jesus would be with her forever.

Mercy sakes and Land of Goshen! I have got to get on the BE train right now! Part of that BEing I will be practicing will happen right here. I waited to write this Doodle until my Sunday School class had our One Word Reveal party, which was delayed by weather and a general slowness to get it together. Not meeting my goal of writing every month, especially at the beginning of a new year, should have thrown me into a Martha tizzy, but it didn’t. I’ve decided to let the writing be, rather than forcing it. That means I may be back in a month or two months or possibly next week. I’m going to experiment in this thing called the present and see what happens.

This is how I would like to BE : Enjoying my own style Happy with cake In the moment 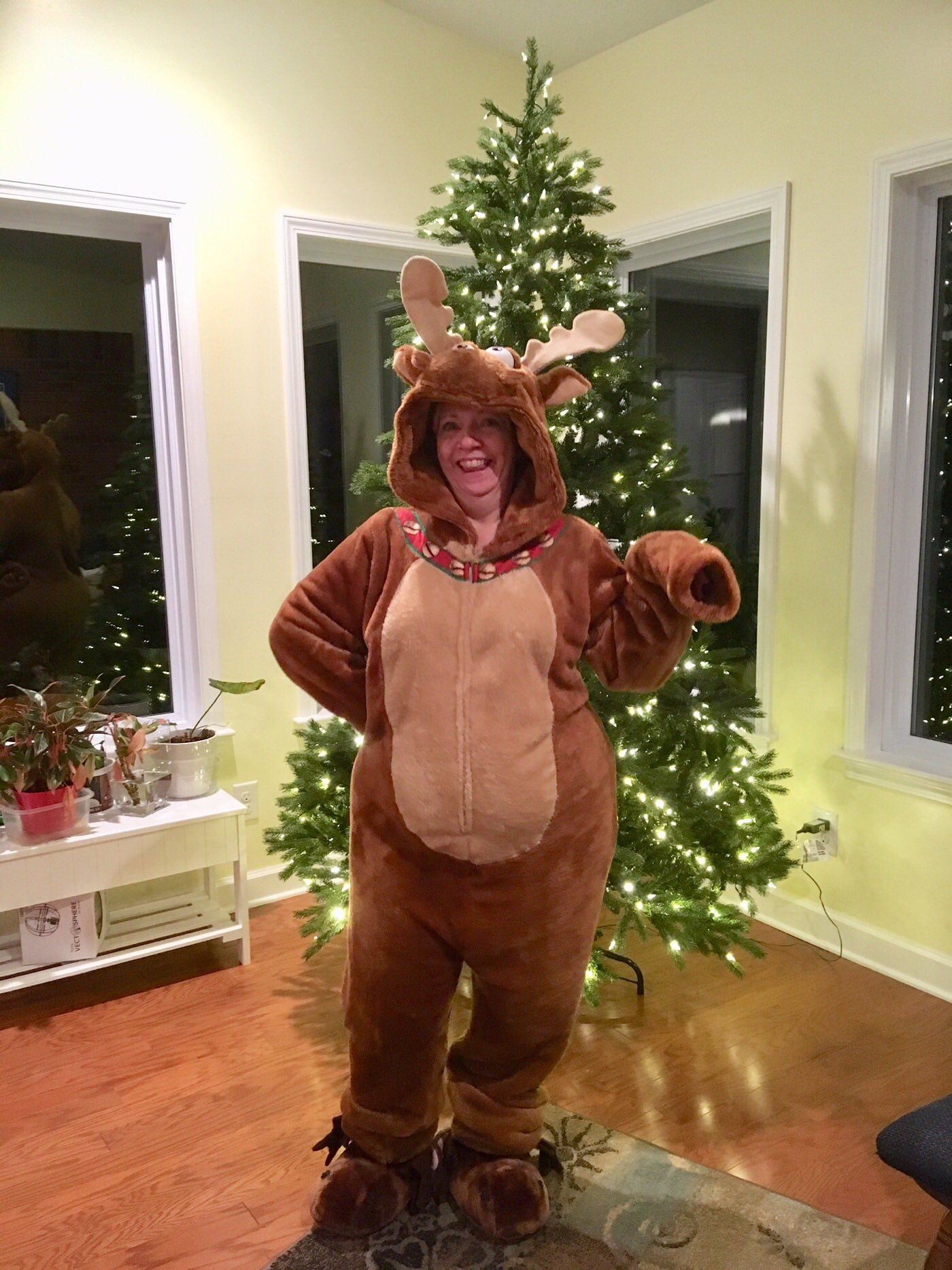 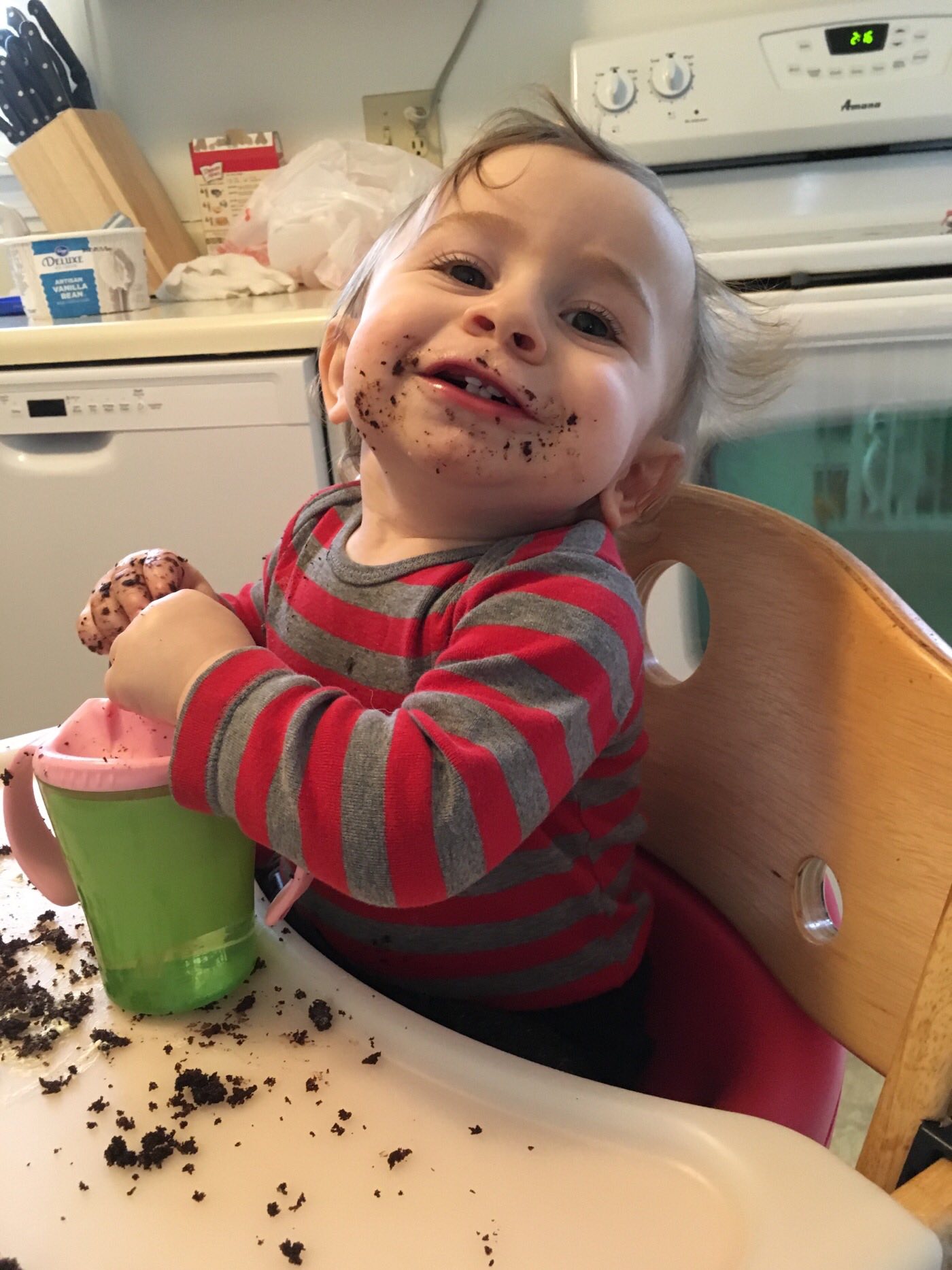 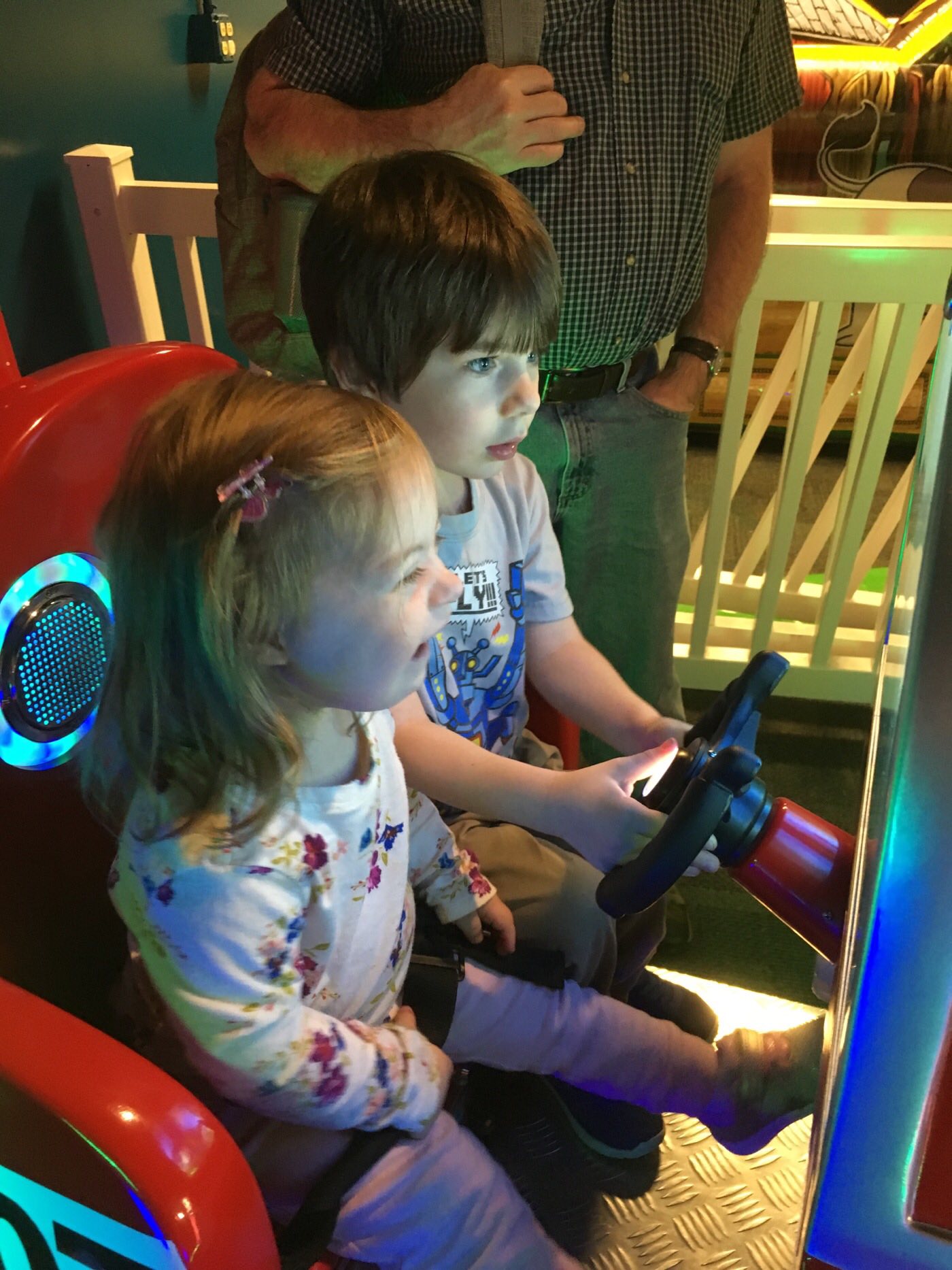