The Word of the Month: Cooking

Oh mercy! I’m in a mood for reminiscing for some odd reason. It could have a little to do with my lack of inspiration for this month’s Doodle. These crazy months just keep rolling around to the end without warning me first! Anyway, since I’ve been a bit serious in my Doodles this year, I started re-reading some from back in my frantic menopausal mom days, just for fun. I ran across this one from June 2012, which was my sister’s all time favorite. It definitely explains my lack of enthusiasm for cooking. This adventure happened during my nearly ten years of working as a nanny for a family here in Corbin. Those peeps were/are a crazy bunch, and I mean that in the best possible way, but I think I may have had them beat on this particular day.

Good gravy, what a month this has been! Between nannying around with kids all day four days a week, giving a shower for little Charlie, saying goodbye to our beloved pastor of 13 years, and writing and preparing entries for a poetry contest, this has not been a relaxing sort of June for me. And now just as I’m ready for some calmer days to enjoy the lazy days of summer, we’ve been poked into a broiler to fry ourselves to a crisp if we venture outside! I guess that gives me a good excuse to stay in the air conditioning and read, write and knit, which are my three favorite forms of relaxing entertainment anyway.

One of my least relaxing activities, unfortunately, is cooking. It is not my gift. I can do it, but a lot of weird things happen along the way. Take for instance this past Tuesday. I cook supper as part of my job and on this glorious day I was supposed to make Chicken Salad casserole, and if I had time, a new (to me) recipe for Pina Colada cake. Here’s how it all went down:

I had worked on the casserole a bit earlier in the day between running kids hither and yon, but I still needed to add a few items before putting it in the oven. The recipe called for chopped almonds, but there was a package of walnuts next to the bottle of rum for the cake, so I figured that’s what I was supposed to use. My nannied family recently had a new fancy double oven put in, so I could bake the casserole and the cake at the same time at different temperatures, which for a less cooking-challenged person would be just handy dandy. For me, not so much. Too many buttons to push and dingers to ding at me. Anyway, I put the casserole in the 425 preheated top oven for 12 minutes, which is what I thought the recipe said, although I did think that sounded strange.

Then I started the bottom oven preheating to 350 for the cake. I had found all the ingredients but one–the cream of coconut. I had bought that a few weeks earlier and had had a difficult time finding it at the store, probably because when told that it would be in the DRINK MIX section, I looked around the Koolaid and then in the coffee and teas, instead of in the MIXED DRINKS section which I knew nothing about and didn’t even know existed since alcohol had not quite made its appearance in Corbin stores at that time. (For those who don’t live here, Corbin just recently went wet for the first time since Prohibition.) So I didn’t remember what the cream of coconut looked like, much less where I might have put it in the kitchen or if I had maybe left it out for someone else to put up. After searching the several food storage areas three times, I finally found the crazy stuff, opened up the can, and it was a mass of solid goo. Nothing creamy about it. I thought, “Oh no! It must be expired!” I couldn’t find a date on it, but I did eventually see a statement on the label that when the cream gets cold it will congeal, and if that happens to sit it in some warm water until it liquefies. So I plopped it into a glass of warm water and started putting the other ingredients together.

Somewhere in the midst of that business, the oven timer went off so I turned the oven off and looked inside. The casserole didn’t look particularly heated through. Then I thought maybe I needed to cook it longer since it had been in the fridge before I put it in the oven. I checked the recipe to see if I had missed something and sure enough, it was supposed to bake for 20 minutes, not 12. So I went back to turn the oven back on and noticed there was still 5 minutes on the timer, but it wasn’t counting down. Then I realized the ding I had heard was for the bottom oven telling me it was preheated, not the top oven telling me the 12 minutes was up, and now I had to figure out how many more minutes to put on the timer after it had cooked for 7 but needed to cook for 20 and it was now preheating after I had turned it off even though it had never actually cooled down and that had been several minutes ago. Let me just say, at that moment, math had never seemed so difficult in my life! I finally just put 13 minutes on the timer and hoped for the best.

So I returned to my coagulated coconut goo, stirred it some and put fresh hot water in the glass and continued putting the other ingredients together, including half a cup of rum. I mixed it all up with the mixer, took the beaters off and proceeded to lick them as is my normal procedure when baking. I took a big lick and thought, “What is that weird wangy taste?” I licked it again. And then I thought, “Oh my gosh, that must be the rum! What if I get drunk, since I am totally unused to such imbibations?” I dropped the unusually less-than-totally-licked beaters into the sink and found a spatula for adding in the crushed pineapple. I had a 20 oz can and needed only 8. More flummoxing math! So I just turned the can up and dumped about a third of it in, more or less. And then I thought, “Oh, heck I hope I wasn’t supposed to drain it first!” I checked, and of course I was. Oh well, nothing wrong with an extra moist cake.

So I dumped it all in the cake pan and licked the spatula. Oh, for crying out loud! There was that wang again and it was kind of burnish. I was turning into a lush and I’d never be able to drive home! Then as I threw the spatula into the sink, guess what I saw? The dang liquified coconut crud and half of it was supposed to be beaten into the batter! So I got a spoon, poured half of it on top of the batter in the pan and stirred it in as best I could. And then I stuck the whole stinking spoon in my mouth and got another big shot of wanginess! This is what I get for always looking for a way to get a little extra dessert!

That’s about the time I started laughing hysterically. I popped the cake into the bottom oven and took the casserole out of the top oven. Then I got the asparagus out of the fridge and started working on getting it ready to broil. Then I remembered I hadn’t turned on the timer for the cake, and I wasn’t sure how long it had been in there by then, so I just put 45 minutes on the timer and figured it would be fine. Then I decided to go ahead and get the broiler going in the top oven so it would be good and hot when I had the asparagus ready. It didn’t take too long to get the asparagus trimmed, oiled and salted for the oven, but the oven had already dinged at me that it was at 500 degrees and raring to go, so I opened the oven and something strange came over me. The oven didn’t seem nearly hot enough for 500 degrees. I looked at the screen at the top and it said right there it was at 500. Then I realized that I had set the wrong oven on broil and I was now broiling the cake! (The settings for both ovens are side by side at the top and I am still not used to which is which after two months or so.) Anyway, I quickly turned off the broiler on the cake, put it back on bake at 350 and turned on the broiler on the top oven. Good heavens!

Then I fixed the boy a bowl of the casserole, made him taste a bit, which he immediately gagged on, and then I ate it myself. It tasted a lot better than it looked. Then I told him to find something else to eat because I didn’t have it in me to come up with something else, so he fixed a bowl of cereal.

When the mom came home I told her the story, which she thought was hilarious, and then she said, “Why do you think this chicken casserole looks so brownish-gray? It looks kind of like of poop or vomit, Ms. Debbie, even though it tastes good.” I said maybe it was the walnuts. Maybe cooking them made their dark oil leak out all over everything. She looked at me and said, “Why did you use walnuts? The recipe calls for almonds.” I told her she had laid out walnuts right next to the rum, so I thought she must be out of almonds and I was to substitute, since she does that fairly regularly. She went over to the counter and held up a bag of almonds that had been just on the other side of the rum, which I had never noticed, probably because the dang rum was so distracting! And then she said, “I think you’ve had an Amelia Bedelia kind of day, Ms. Deb! Maybe you should just take you a big swig out of that bottle of rum to make up for it.” And so I did.

No, I didn’t, but I did have a big piece of the cake and it was YUMMY! More proof that miracles do happen. And that “I Love Lucy” was the first reality TV show.

I’m too tired to extract a spiritual lesson from this. You all will have to do it yourselves. Happy contemplating! 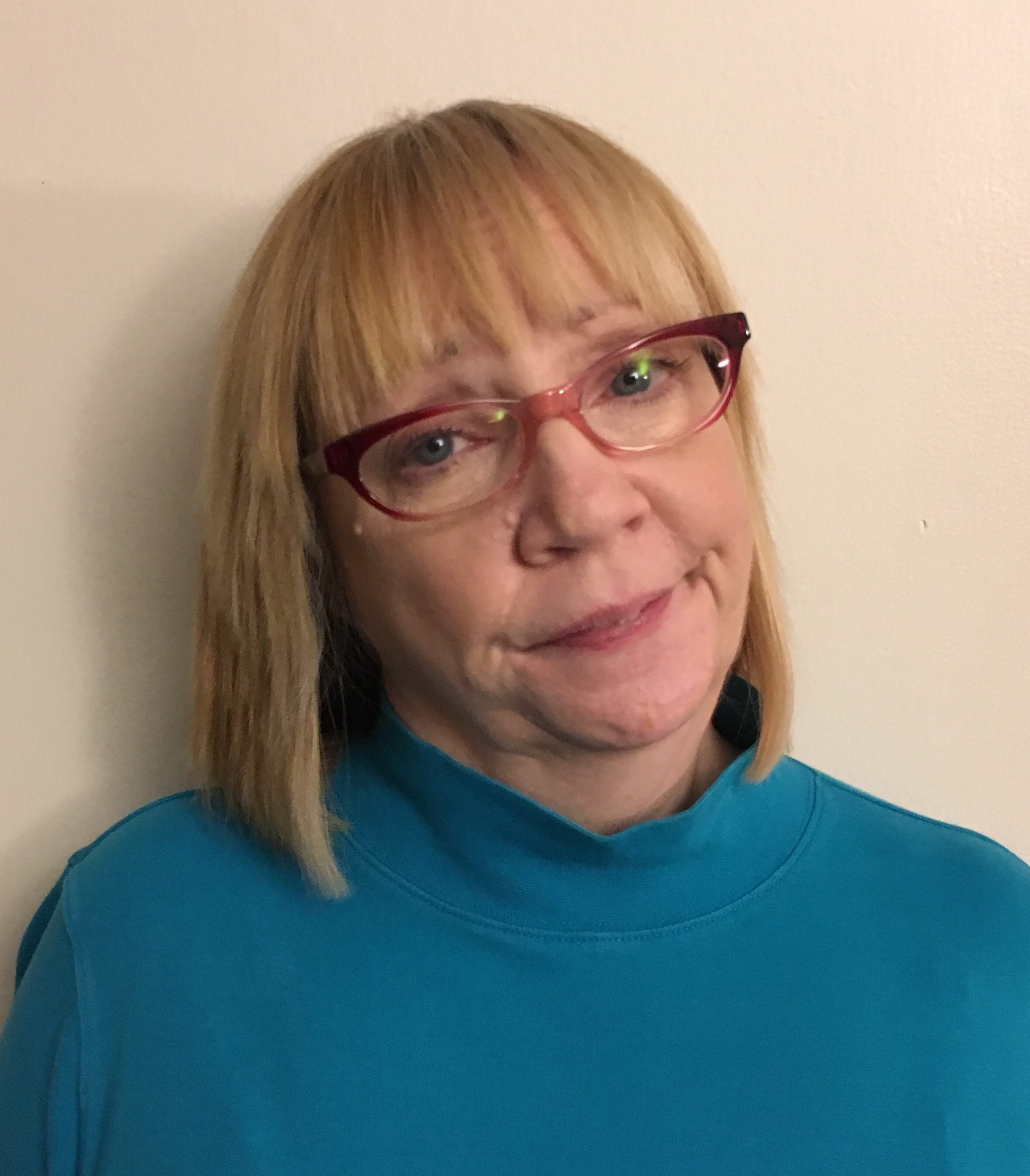