I hope everyone had a nice pandemic Christmas and New Year! And here it is the end of January already, I’m a year older, and I’m hoping with all my might we will see some snow tomorrow. I know we won’t be blessed with much of the white stuff, but I’d enjoy watching some big flakes fall from the sky for an hour or two. It’s my favorite kind of weather.

To begin this year of Doodles, I must tell the story of my 2021 One Word. The ladies in my Sunday School class have been doing this one word thing for about a dozen years now. And every year, most of my lady friends get their word for the new year before their old one has had time to dry up and blow away. I, on the other hand, never seem to find mine until I’ve taken a day to angst it out of me, usually sometime soon after New Year’s Day. This year nothing was coming to me, not even NOTHING which was my word for 2019. Since God had assured me that Nothing was my word that year by literally knocking me in the head, I had requested that He not do that again. My mind was a total blank no matter how many devotions I read and no matter how hard I prayed for enlightenment. And then I heard those dreaded words from the lips of my class co-teacher, “Let’s do a One Word Sunday next week!” Aaaaaacccckkkkk! The pressure was on and I went into the church service that day begging God to get with it and throw me a word already!

I arrived in the sanctuary a little later than usual so I had to sit in an entirely different spot–on the other side and up much closer than usual. And then I found out that our pastor was home with tonsillitis and he had possibly been exposed to Covid. Nate Clouse, a young preacher guy in our church, had been called on last minute to substitute. His subject just happened to be choosing a word for the year. He mentioned a friend who had chosen Water for his word this year, because he needed to remember to drink more water and he needed more fluidity in his life. Then he said, “If I were going to choose a drink for my word it would definitely be coffee. I gotta have my coffee, every day!”

That’s when I got distracted by the thought of a chai latte, my favorite hot drink. As Nate went on, I kept drooling over the thought of a chai latte made with almond milk and a pump of caramel. Oh my, yum, yum, yum! I was still listening to the sermon with half my mind, but the other half was daydreaming about chai. I thought to myself, “Chai can’t be my word. I know God likes to give me odd words like Nothing, Whatever, Be, Poem and on and on, but Chai is just crazy!”

When I arrived home, I decided to look up Chai on the internet to see if it meant something other than tea. I put in “definition of Chai” and of course, everything came up talking about an Asian tea with all kinds of healthy spices in it. Not exactly a spiritual inspiration. Then I thought I would look up “Chai in Hebrew” (it didn’t sound like a Greek word to me) just to see if it came up. Well guess what, people! Chai is the Hebrew word for Life or Vitality!! It’s even a major thing for Jewish people, like the Star of David and the Menorah. They make jewelry and art with the two letters that make up the word, pronounced as a throat-clearing “hi!”

The next week I told our pastor the story and found out he had never felt sick and he had had three negative Covid tests, but according to his doctor his throat was swollen, so he had stayed home and took antibiotics. God got him out of the pulpit without making him sick, so Nate could come to preach and give me my one word. 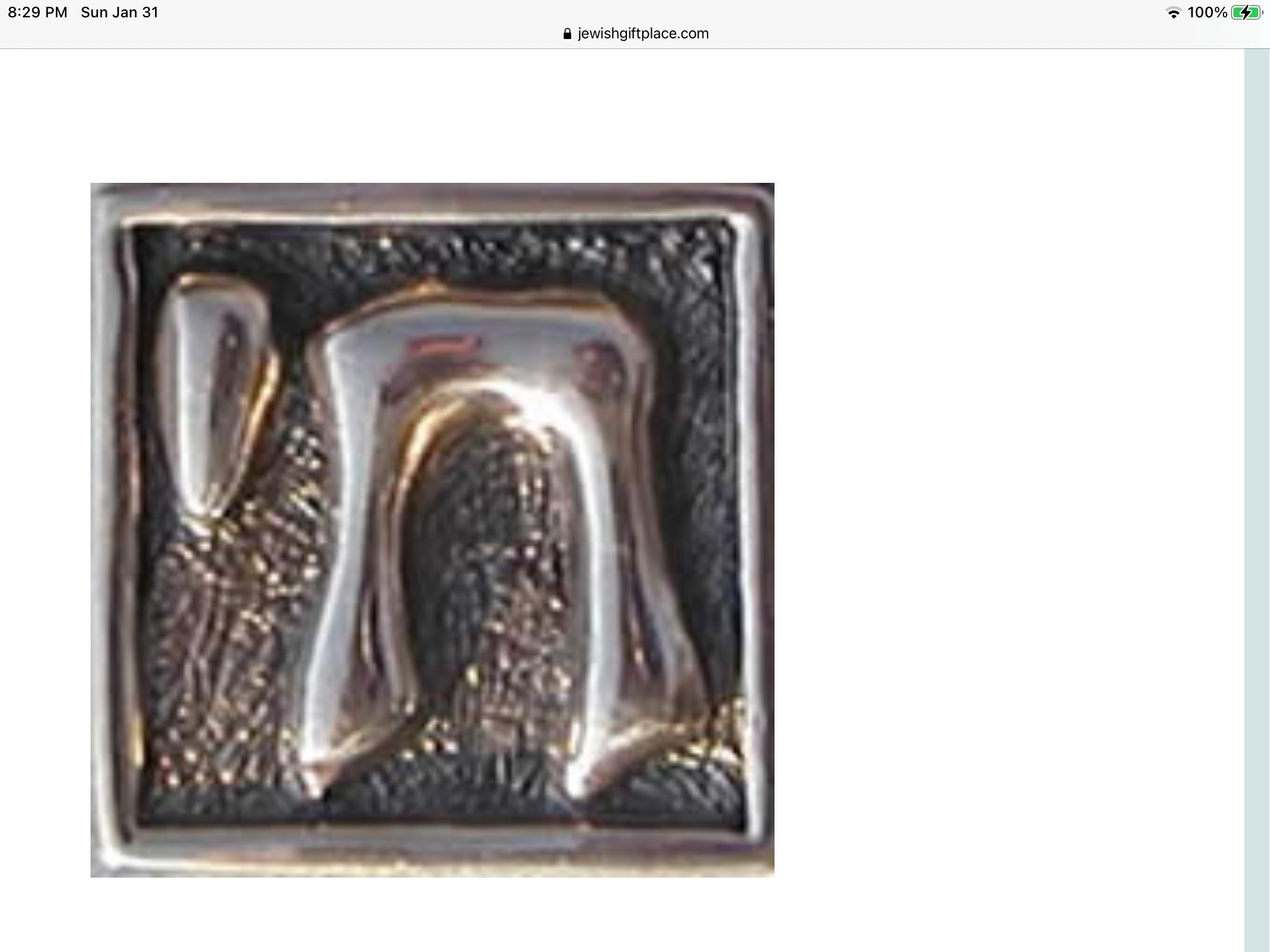