It’s time for another Doodle and my mind is swirling like those carnival rides where your seat twirls around while connected to an arm that swirls the other way while also going up and down. Just writing that made me a bit queasy. I was not made for carnival rides. I was also not made for self-help books that promote systems to make a person more organized, more spiritually disciplined, a better housekeeper, a better meal planner, closer to God, farther from the devil, more in tune with husband and children, a better pet owner, less annoying, more beautiful, more self-confident or less weird.

You would think that a list-making, meal-planning, highly-disciplined-in-the-art-of-work-before-play kind of person such as I would be the perfect recipient for all that motivational self-improvement material. And you would be right about that! I have read so many of those types of books over the years and followed all kinds of programs and plans for becoming a better me, I should be beyond perfect by now! And therein lies the problem. I discovered along the way that even though programs and plans can be helpful in dealing with specific areas in my life that I might be hoping to improve on or become more efficient at, they will never make me perfect. And they will never change the core of who I am. I will always and forever be Debbie, the crazed woman. Why? Because God made me this way. 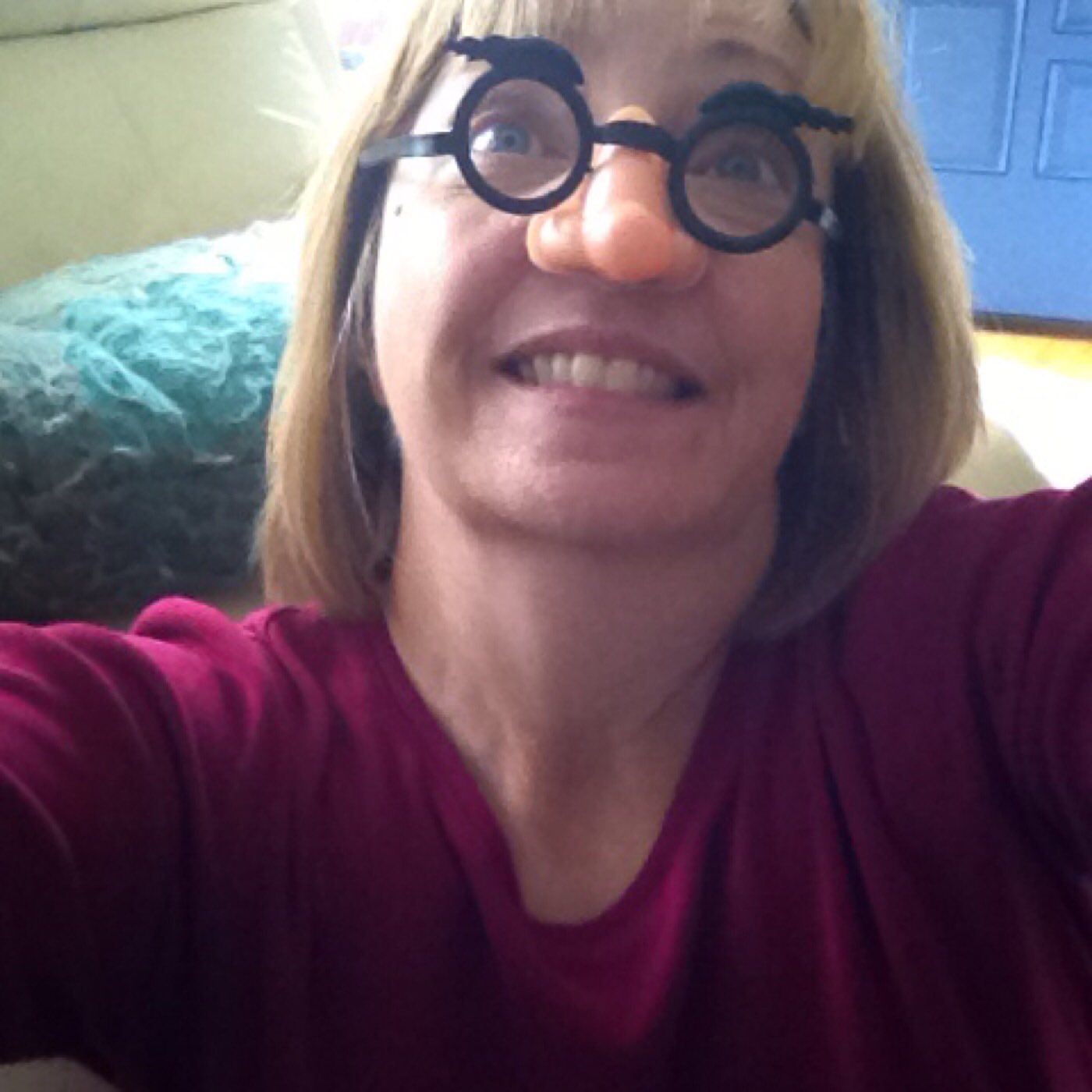 It took me decades to realize this and to finally accept myself the way I am. For years I wanted to be someone else–someone more socially comfortable, someone who could talk to anyone about anything with nary a nervous twitch, someone who could do 40,000 different things in one day and be calm and happy about it all, someone whom God could look on without thinking, “Why can’t she do all those outgoing things all those other people are doing for me? Doesn’t she love me enough?”

Yep, I tried for forty plus years to please everyone, God included, by doing what everyone said God wanted me to do. I said yes to everything asked of me at church and even in the community serving as PTO Vice President for three years. I was miserable! I did get to know a lot more people doing all that, which I do not regret in the least, but I was a stressed out mess, happy only when I had a day at home to spend with my family or some time alone to read and write.

It was early in the 2000s when my life took a dramatic turn for the better. I’ve talked about this before, but I’m going to talk about it again. We were studying The Purpose Driven Life by Rick Warren in Sunday School class. I hated that book. Every week we would read a chapter and then discuss it on Sunday morning. Every week I felt more and more discouraged and unChristian, because that book was all about how as Christians we are to be out sharing the good news with everyone we see, neighbors, colleagues at work, knocking on doors. At the end of each chapter there were questions to answer, and there was always one that asked something on the order of “What do you need to do to become more of the person God wants you to be?” My answer was always, “I need to be a different person.” And then I would cry and have a little prayer fit over my utter lack of what God wanted.

I was desperate for a word from God to help me be a different person and I prayed about it everyday. It was about two-thirds of the way through the book that I experienced the greatest God moment of my life, other than when I accepted Christ at age 15 while washing my hair. Rick Warren was talking about Ephesians 2:10, “For we are His workmanship, created in Christ Jesus to do good works, which he prepared in advance for us to do,” when he mentioned that the Greek word translated “workmanship” is “poiema”, the root word for the English word “poem”! WHAT?!?! I literally fell off the bed where I had been dutifully reading my homework and into the arms of the God who loved me enough to speak my language. I knew all about writing poems and suddenly the master plan of God became clear for the first time. I was His poem and He was writing me the way He wanted me to be! I wasn’t a messed up failure. I was the way God created me to be. Maybe I wasn’t an epic ballad, or long Whitman-like free verse, but I was more of a sonnet or haiku. Not as wordy, but just as much a poem as those other long drawn-out things. And just as those long, wordy poems speak to some people, haikus and sonnets speak to others! I was created to reach the people and do the deeds that God created IN ADVANCE for ME, the introverted, crazy writer/reader person to reach and to do!!

That was the day I stopped hating myself and started enjoying being who I am. And guess what? I’m still introverted and avoid social events (though not as much as I used to), but I find it easier to talk to people that I don’t know, probably because I don’t feel like an utter weirdo as I once did. I’m just the person God created this way, so take it up with Him if that’s not good enough for you!

So all that is to say, I’m not good at following all those helpful programs and regimens out there that are designed to make me the person Jesus wants me to be. For one thing, I’m too obsessive about them. If I commit to read the Bible through in a year, I do it (as I am this year), but I have to keep myself ahead of schedule so as not to get behind, because being behind makes me crazy. So instead I prefer to make myself crazy reading hours at a time on free days, so I don’t get behind on busy work days. That’s why I don’t read the Bible through every year, just every other or whenever the Spirit says, “Get with it, Debbie!” I also don’t follow a “prayer regimen” like the ACTS acronym (Adoration, Confession, Thanksgiving, Supplication). I tried that for several years back in early momhood, and I could never stay awake long enough to get to the Supplication part. And I had some major issues to discuss with God! I felt frustrated most of the time about that, so finally, one day I said, “Could I just talk to you, God?” And He said, “Yes, please do, Debbie. I have some things to discuss with you.” That was such a relief! And my prayer life has been so much better since then. As for knocking on doors, I did that once in the B.C. days, because our pastor asked for Christians who meant business to make a commitment to weekly visitation for a year. My introverted husband and I did it, but it was awful, with the visitees doing more of the talking than the visitors. And I prayed every week that no one would be home–not exactly what the preacher or God was hoping for, I’m sure.

I’m not saying that these programs and regimens aren’t good and useful and productive for the Kingdom. They are great for the people for whom God has prepared those things in advance for them to do. For some of us, however, he has created different poetic paths to follow to do the work He has for us to do. If the Lord suddenly edits me into some kind epic syncopated free verse, then watch out! There’s no telling what might happen! Until then, I’ll continue writing and looking for ways to share Jesus along the path before me, one person at a time.