As I sit in my sunroom enjoying the lovely autumn colors before they blow away, I’m pondering what in the world to write about. Middle daughter, Erin, who was living with us off and on between travels for a year, has now moved into her own apartment close to her sisters. This means I am now home by myself most days, unless I count Loosie, the crazed bloodhound, who serves as maybe half a companion (and that’s when she’s asleep, bless her). Add to that this whole trying to Be thing, and not much has been happening worth a Doodle. This means you’re in for another sensational plunge into one of my favorite topics: BOOKS!

Did any of you take part in The Great American Read on PBS? The object of this endeavor was to find America’s favorite novel from a list of one hundred that was drawn up from survey results. How many people were involved in the survey I don’t know, but the well-rounded list consisted of contemporary as well as classic novels, children’s, young adult, and adult titles from all genres. After the first PBS special about it in April, until the grand finale in October, voting was open online, one vote per day per book for as many books on the list as a person wanted to cast. I had read about half of the books on the list, so I was inordinately excited about this the entire six months of voting. I cast my ballot nearly every day, always for my forever sentimental favorite, Pride and Prejudice by Jane Austen, as well as many others that I count as best books I’ve ever read. I watched each of the PBS shows in September and October highlighting books from each genre. Oh mercy! I could barely contain myself!

From the very beginning I had a book in mind that I thought would probably win, one that I voted for nearly as often as Pride and Prejudice, and I was right! To Kill a Mockingbird by Harper Lee came in at the top spot, and it was revealed that it had held that top spot from day one of the voting. A great American modern classic, that nearly every public school child in the United States reads in the ninth grade, deserves the title of America’s best loved book.

Here are the top ten titles:

I voted for all of the top ten many times, except for the Outlander series, which I haven’t read, but it obviously has some rabid fans out there. I am extremely happy about the results! Most of my favorite books were included on the voting list, even The Little Prince by Antoine de Saint-Exupery which surprised me. The only one that was not on the list that I think should have been is Les Miserables by Victor Hugo. That’s a great book! It’s also a hefty tome, which might be why it did not make the list. Most people know the basic plot of that book whether they’ve read it or not, but there’s so much more in it. I will be forever grateful that it was on my Novel 100 list that I’m slowly making my way through, or I probably never would have read it.

Now on to my final bookish excitement! My own personal library is finally fully furnished, unless I decide to add in a sleeper ottoman. I will add a couple of photos here, but sometime soon I will do a video tour to post on Facebook, so be watching for that! I now have a place to practice Being. If I can’t be there, I can’t be anywhere! 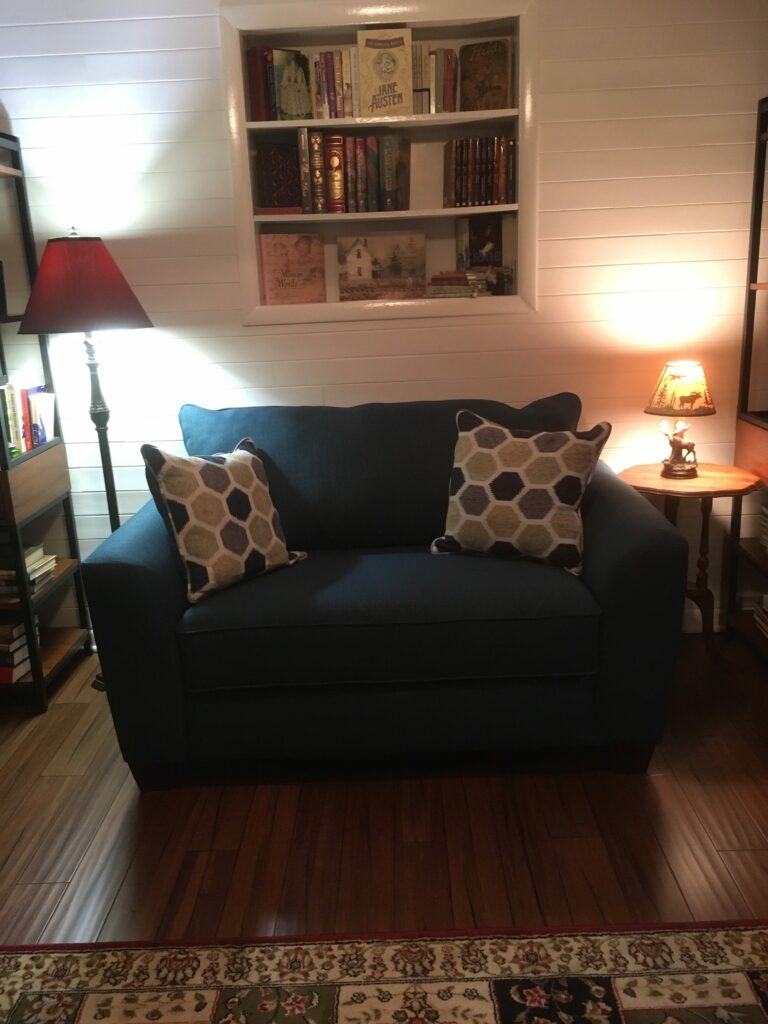 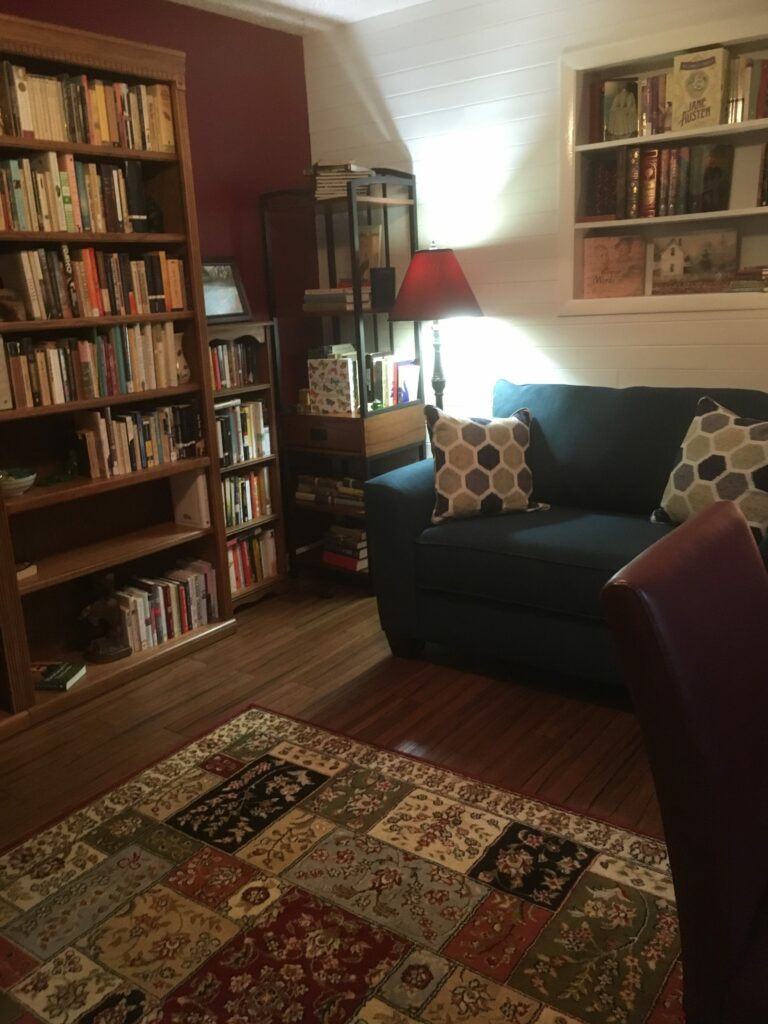 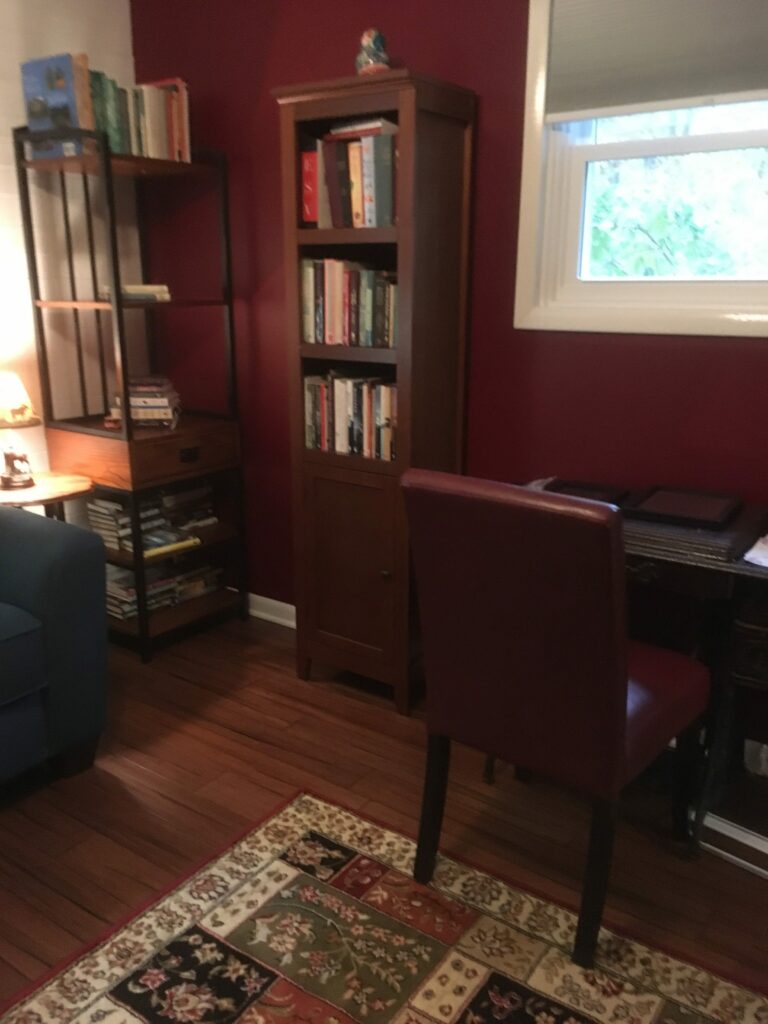 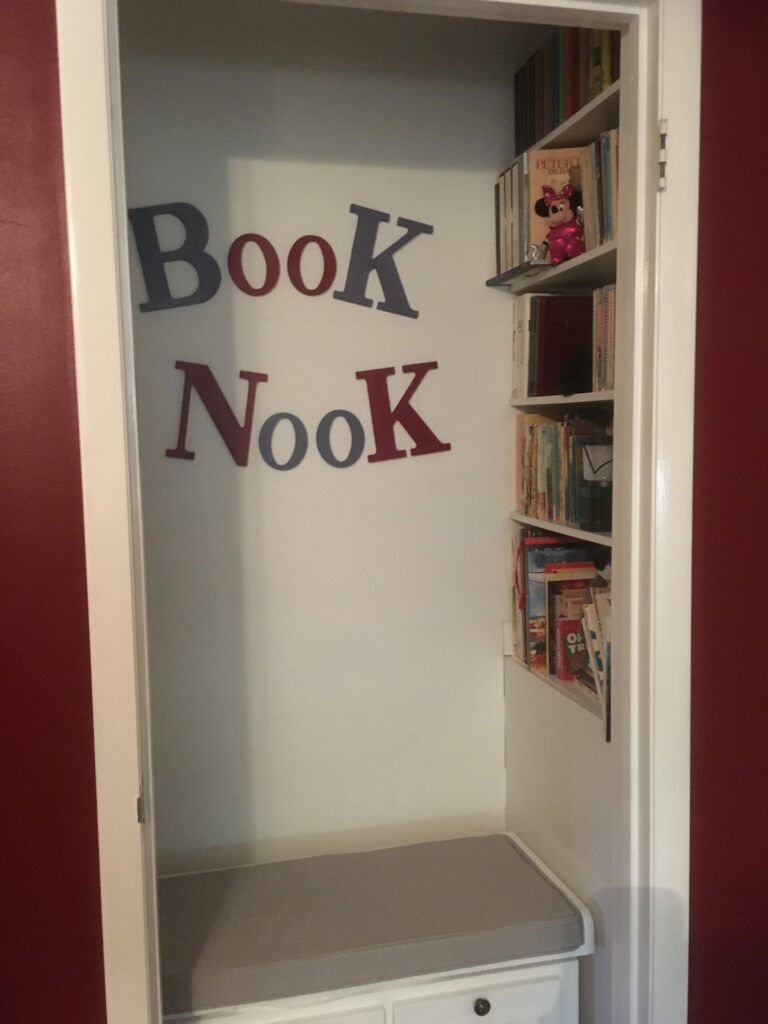 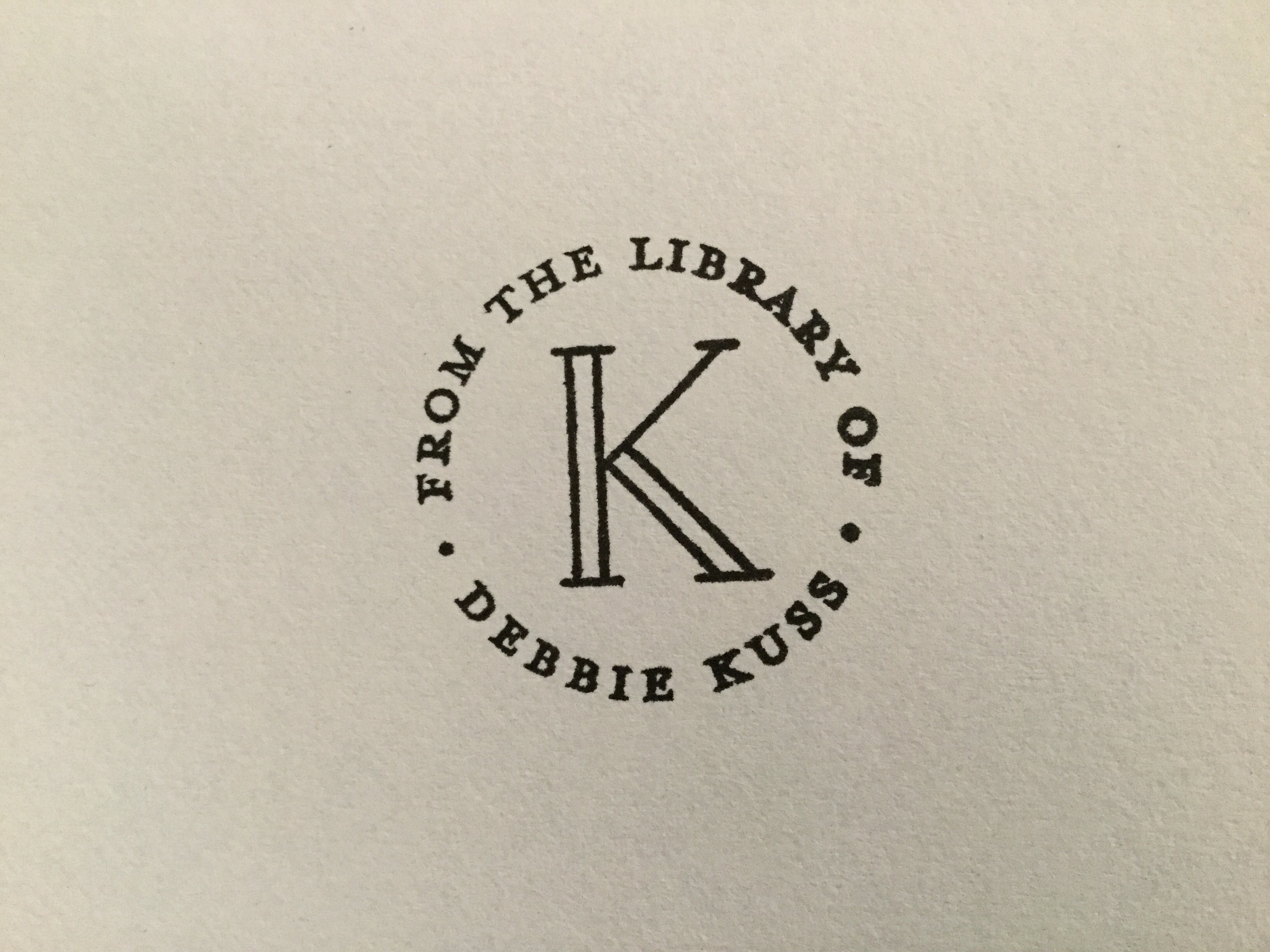